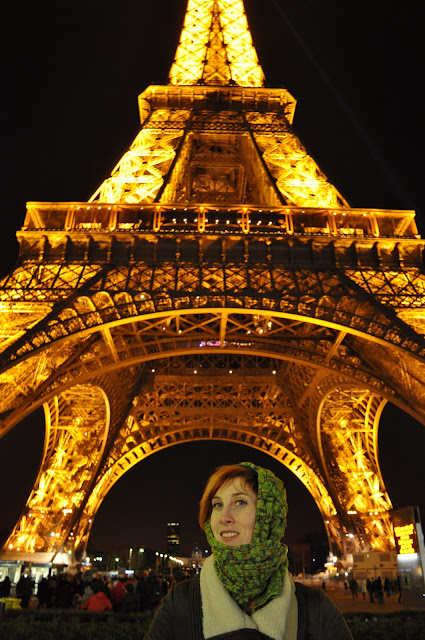 Ah, The Eiffel Tower! I don't think it will ever lose its appeal for me. Truly THIS is a perfect example of why Paris is called La Ville-Lumière. Okay... not exactly, that name is about the Age of Enlightenment and street lamps, but I think it's a fair argument that the amazing spectacle that is the Eiffel Tower would apply too. 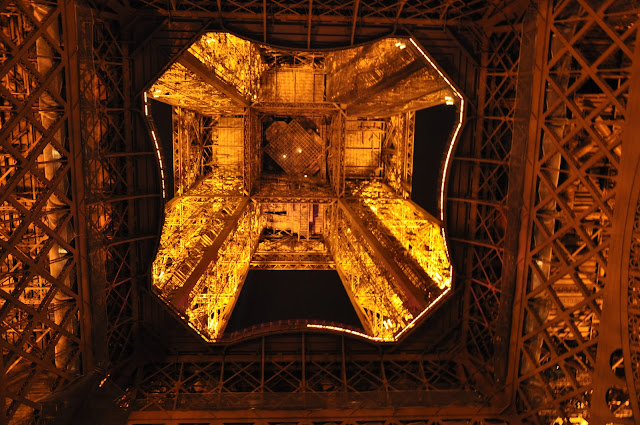 This is my favorite veiw. Really! Better than going up to the top, better than seeing it from a distance. It's so cool. It's MASSIVE. This my friends is where you want to stand if you want to be reminded of just how tiny you are. 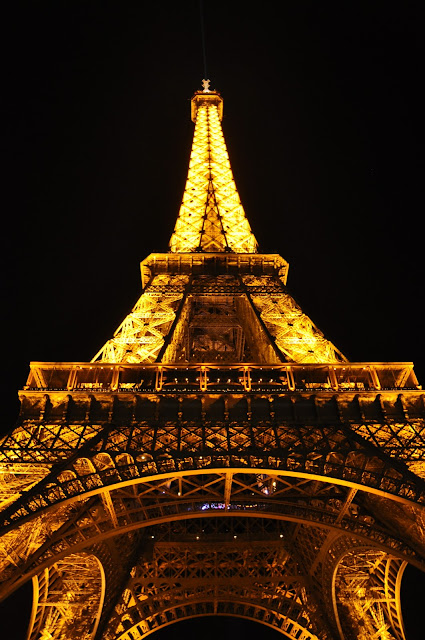 We didn't catch the light show that first night, which was fine by me since I have seen it before. Honestly I didn't even realize they were doing the glittery sparklely show still. It was just happenstance that a few nights later as we were giggling and stumbling our way out of the Crazy Horse Saloon in the completely empty streets, voila, the sparkling spectacle. Hellooooo romance! 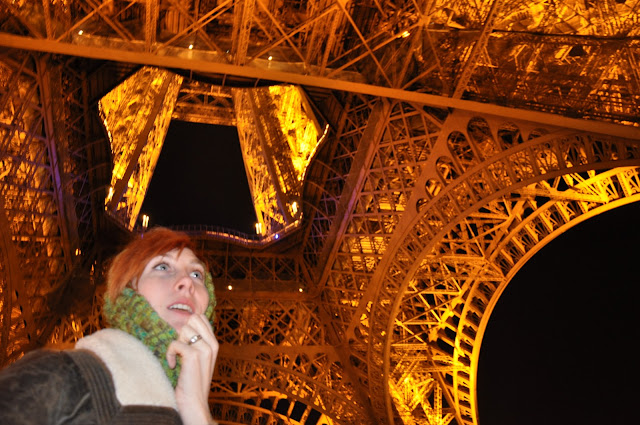 Lord it was cold though. Being right on the water, at the end of December, at 10 in the evening... Seriously COLD. Hence the headwrap. What? I've got sensitive ears. 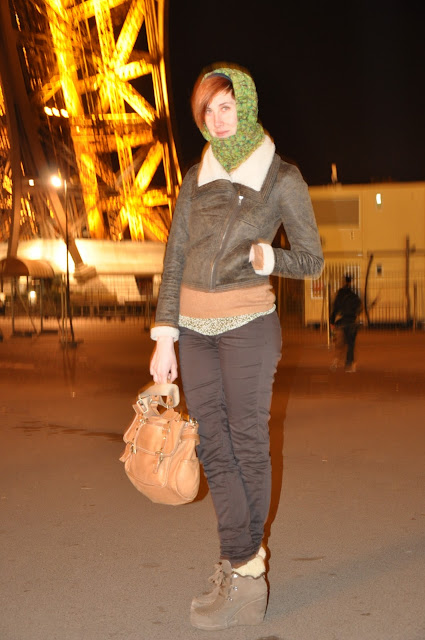 Seriously though folks, if you are in Paris, go see the Eiffel Tower,
and make sure you do it in the evening. It's perfectly magical.


Posted by Unknown at 5:30 AM
Email ThisBlogThis!Share to TwitterShare to FacebookShare to Pinterest